Last weekend (September 17) I had a reading/ book signing event at Village Books in Bellingham, WA, where I went to grad school a few years ago. It was a good turnout, with 30 people showing up on a Saturday afternoon, and my dad even flew in from Michigan to attend. And, of course, to hang out with Alex, his first grandchild. It’s probably a toss-up as to which was the most compelling reason to visit–but I’m flattering myself with that supposition, no doubt.

In any case, below is a video of the first part of the reading, in which I discuss Facebook, lesbians in the locker room, and the division between genre and non-genre fiction. If you’d rather read the written transcript of my talk, I’m copying that in below as well. 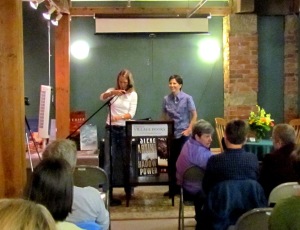 My mom and I were talking recently, and she reported that she and a friend were discussing their mutual bemusement toward Facebook. Specifically, they weren’t sure why anyone would want to be online friends with people they didn’t know.

In my experience, I have two types of Facebook friends—writing community friends, almost none of whom I know in person but who I correspond with regularly about fiction in general and lesbian fiction in particular. Social media channels offer wonderful networking opportunities for writers of niche fiction, because typically we don’t receive as much coverage in mainstream media publications or outlets. My other Facebook friends are people I’ve known throughout my life. In fact, Facebook has been a boon for someone like me who graduated from high school and immediately left my hometown, Kalamazoo, Michigan, vowing never to return. Much of the impetus for this vow came from the fact that I realized at some level that I was gay, and I also believed it wouldn’t be psychologically or physically safe to come out at my high school. Like many other young lesbians, I resisted my attraction to other girls. I told myself that I should be interested in boys, that I should try harder to be a “normal” girl. As a result, I lived something of a double life as a teenager—hiding my sexuality even from myself, for the most part.

The first time I remember acknowledging it to myself was at soccer practice the spring of my senior year of high school. I had just decided to go to Smith College, a women’s college in Massachusetts almost a thousand miles away. It was my first choice all along, but a generous financial aid award had suddenly made it possible. At soccer practice, my coach overheard me telling a friend I would be leaving for Smith in the fall. In front of the entire team, he made a crude comment about not dropping the soap in the locker room, if I caught his drift. It took me a second to realize that he meant I would have to be careful of lesbians. As understanding clicked into place, another thought occurred to me: My coach had it backwards—I would be the lesbian in the locker room that my teammates might worry about. But even as the thought skittered toward my conscious mind, I shut it down. I wasn’t ready to come out yet, not even to myself.

Looking back now, I realize that I picked Smith because I sensed that it might offer a community where I could integrate my sexuality into the rest of my life. Where being gay could be one facet of selfhood among many: middle class, white, Scotch-Irish-Dutch, Michigander, agnostic, lesbian, student, and, of course, soccer player. My freshman year of college, I joined the soccer team. On one of our first away games, I took a shower with a group of upper class women who, it turned out, were all gay. The straight members of the team got dressed without showering, while we gay women laughed and sang and razzed each other under the spray, unconcerned about our bodies or each other, comfortable in our own skin. At Smith, I could be me. I no longer had to hide the gay part from everyone, even myself, just to survive. 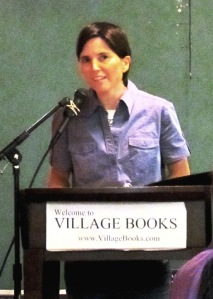 Twenty years later, things have changed again. I currently have a dozen or more Facebook friends from Kalamazoo Central High School, only a few of whom are gay and yet all of whom seem interested in hearing about my life as it is now: writer, university admin, wife, soccer fan, non-biological mother to our baby daughter. And yet, I still often feel the kneejerk urge to hide part of my identity: my career as a lesbian romance novelist.

The summer I turned13, my family drove from Michigan to Alaska in a Ford Escort wagon hauling a Coleman pop-up camper. Given the space we had to work with, our reading options were somewhat limited. (What I would have given for a Kindle then!) Anyway, I soon finished off my own books and turned to my older sister’s stash, which included a Harlequin romance. I read that book in what felt like one sitting—and might have been, given that it took us two weeks to drive across Canada. I absolutely devoured it, and thus an addiction was born.

In the years that followed, I fed my Harlequin addiction faithfully until tenth grade, when I lost interest in reading traditional romance novels. I had started to write my own short stories and novels by then, and though I no longer read Harlequins, romance usually played a role in the stories I told. At Smith, I studied history and writing, and actually wrote the short story that served as the basis for Beautiful Game during a fiction-writing class my junior year. Just as I’d resisted being drawn to girls in high school, I tried to resist the pull to write love stories. I told myself I should be writing about other things, “real” things, serious things. The intellectual and academic climate at Smith reinforced the notion that romance novels didn’t count as literature, that genre fiction wasn’t something any self-respecting Smith student or alum should spend her time on. Among our more famous alumnae authors are Sylvia Plath, Gloria Steinem, and Julia Child—women who I get the sense probably didn’t indulge in romance novels. Or, at least, wouldn’t have admitted publicly if they did.

The fact is that in reading and writing circles, genre fiction (mystery, romance, science fiction) tend to be considered lesser than non-genre fiction. This was true at Smith, and it was true here at Western, where I got my Master’s in English a few years ago. Even in the queer writing community, there is still a division between genre fiction and non-genre fiction. A few months ago another Washington State writer, Lambda Literary Award winner Jill Malone, posted some comments on a blog that I, for one, found disappointing. Malone wrote, “In the bookstore where I worked, it was understood that the good writers—like [Jeanette] Winterson and [Sarah] Waters—would be in general fiction, and the other writers would be in genre fiction… They were shelved there because there’s fiction, and then there’s genre.”

Perhaps it wasn’t her intent, but it sounds to me as if Malone is saying that genre fiction isn’t—can’t be—good fiction; that genre fiction is somehow sub-fiction. She is not alone in this view, of course. But despite the entrenched denigration, romance novels are exceedingly popular. Jane Austen, often cited as the mother of romantic fiction, is one of the most widely read writers in English literature. According to the group Romance Writers of America, romance fiction has the largest market share of any genre at 13.5 %, and achieved sales in excess of 1.3 billion dollars—in 2008 alone. Yet romance novels are routinely scoffed at, their authors made to feel less than, as if they should be writing something else. Jill Malone gave voice to this notion when she said in her blog post, “Maybe we [as queer writers] should be concerned less with telling ‘lesbian’ stories and more with telling ‘authentic’ stories about what it means to be alive and seeking.”

In interviews and at other events, I’ve said that I view 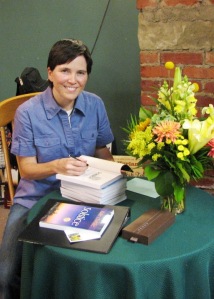 writing lesbian romance novels as a consciously political act because the love that dare not speak its name takes center stage. These books explore the part of queer life that is most denigrated by the dominant culture: same-sex love and relationships. Romance novels do make up a specific genre with all of the attendant writerly conventions and readerly expectations, the same way a romantic comedy on the big screen follows a particular set of plot points to reach a predictable (happy) ending. But predictability and happy endings do not necessarily rule out authenticity.

As I mentioned earlier, I sometimes hesitate when people ask me what I write. Usually I shoulder on ahead and say, “I write romance novels. Lesbian romance novels.” I come out of the closet, so to speak, and while it isn’t always a comfortable experience for me or for my conversational companion, I almost always feel better about myself afterward for having done so. As a lesbian romance writer, I have to decide weekly, sometimes daily depending on the setting, if I am going to be open about who I am and what I write, or if I’m going to lie. It’s a continual coming out that never ends–just like being gay.

And here’s where Facebook comes back into the story: I recently reconnected with a junior high friend who now lives on the East Coast. Hilary and I were part of a motley crew of geeks who got to escape from our junior high and, later, high school once a week for an English class taught at the local college. Hilary, it turns out, is also gay, and left Kalamazoo for Berkeley and the West Coast first, and then Yale art school and New York City, never, apparently, to look back. When I told her in a Facebook message that I was writing lesbian romances, she responded that she should have known—apparently when we were thirteen I announced that I wanted to write Harlequins. She also told me she’s now dating a Smith alum herself, and wishes I had clued her in sooner to the greatness of women’s colleges.

In a way, Hilary’s art is based on genre fiction. She told me that many of her paintings, which are represented by a New York gallery and (according to Google) have been well received by art critics, were inspired by vintage lesbian pulp fiction cover illustrations. I love that. Twenty years later, we’ve both integrated who we are into what we do, her as a painter, me as a writer. And I have to say, this is the happiest I’ve ever been. As one Facebook friend from grad school wrote on my wall recently, “Wow, dreams realized. Congrats!”

I know I’m lucky, because they really have been. 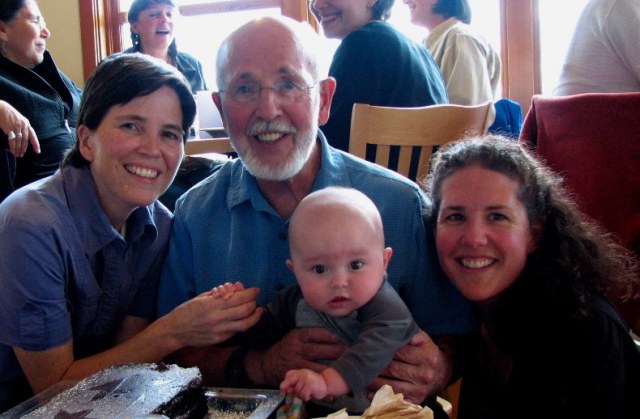 Me, my dad, Alex and Kris celebrating at Village Books

I'm a lesbian fiction author currently residing in the Pacific Northwest. To read excerpts and more of my novels, visit www.katejchristie.com.
View all posts by Kate Christie →
This entry was posted in Uncategorized. Bookmark the permalink.